In the previous post we discussed the topic of negotiating strategies and their general characteristics and differences between negotiation styles. In the article below, we develop this thread with a descriptive explanation of what specific negotiation strategies are.

Do any of them match the strategies you choose? Or maybe you want to identify your style and improve your own qualifications?

Avoiding can be compared to passivity, delaying, playing on time in the hope that any disputes will resolve themselves. Allowing decisions to be made for us and a reluctance to take risks or even take responsibility. It also involves avoiding the other party to negotiations, which in effect can not only delay the entire process, but even lead to the termination of negotiation talks.

The strategy of submission

Submission or adaptation is a way of acting based on sacrificing your own interests to the negotiating partner. This carries the risk of large losses. This attitude allows the other party to direct the negotiation process in such a way as to bring the most benefit for them.

Fighting a contractor is just a model of a strategy based on competition. It is an attempt to influence, pressure the other side of negotiations, imposing one's own will. It is not beneficial for the negotiation process because it can discourage your partner from further talks. This is a strategy based on the win-lose model, about which we wrote more in the article "1. Business negotiations - negotiation styles. "

Strategy based on cooperation

A model based on mutual respect for the interests of both parties. In pursuit of the goal, the position of the partner is taken into account and common points are agreed. Characteristic here is conducting factual, metaphorical conversations and using thoughtful arguments. In the cooperation model, it may turn out that as a result of the lack of compromise, it will be necessary to abandon the current path of conducting talks, which, however, does not mean the end of negotiations, but taking them in a different direction.

Strategy based on compromise

The compromise is based on maintaining balance in the profit and loss balance. Usually, we are willing to make concessions, provided that the other party does. As a result of talks based on a compromise, it is important, however, that satisfaction with the finals of negotiations be equal for us and for the partner. Neither smaller nor larger.

Adjusting the negotiation strategy to the assumed goal, as well as its compatibility with negotiation styles, can have a key impact on the course of conversations. Negotiations are an art that must be mastered to succeed. That is why it is extremely important to participate in negotiation workshops and business trainings that allow you to broaden your knowledge and train the skills you have already acquired. It's also a good idea to regularly use partner's negotiating sparring support or negotiating shadow. An objective look at our negotiating style relative to the negotiated topic can change a lot in the results achieved. 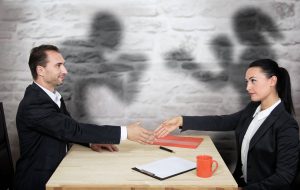 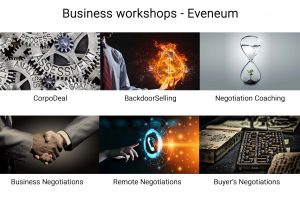 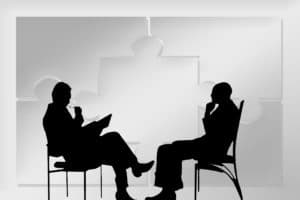 Read more →
Posted in Negotiations
← 5 popular negotiation strategies part 1Digitization of purchasing processes – 3 reasons why you should digitize purchasing →
We use cookies to personalise content and ads, to provide social media features and to analyse our traffic.

Any cookies that may not be particularly necessary for the website to function and is used specifically to collect user personal data via analytics, ads, other embedded contents are termed as non-necessary cookies. It is mandatory to procure user consent prior to running these cookies on your website.